For the Bau 2013 (Bienal Arte Urbano) in Cochabamba, street artist and illustrator from Paraguay, Oz was invited to realise a painting. His style has brought him to travel around the world showing an art strictly connected to the history of his country. Paraguay has lived 35 years of military dictatorship so painting in the streets is the way for the people to have freedom of expression.

Oz works with spray paints and with a preference for cold colours: his line gives volume to the shapes keeping a strong reference to the comics universe. The indigenous fight is often a theme of his murals as well as the critique of the capitalism, the consumerism and the corruption in politics. To express this idea Oz very often includes animals: his special mark is the bull connected to the tradition of the festival of San Juan as symbol of subversion. The characters he paints are often, as we can see in this mural, native people from Paraguay which allow him to create a special blend between Paraguayan identity and pop culture. It’s an art full of indigenous mythology that uses the strength of the colours to communicate social and political issues. 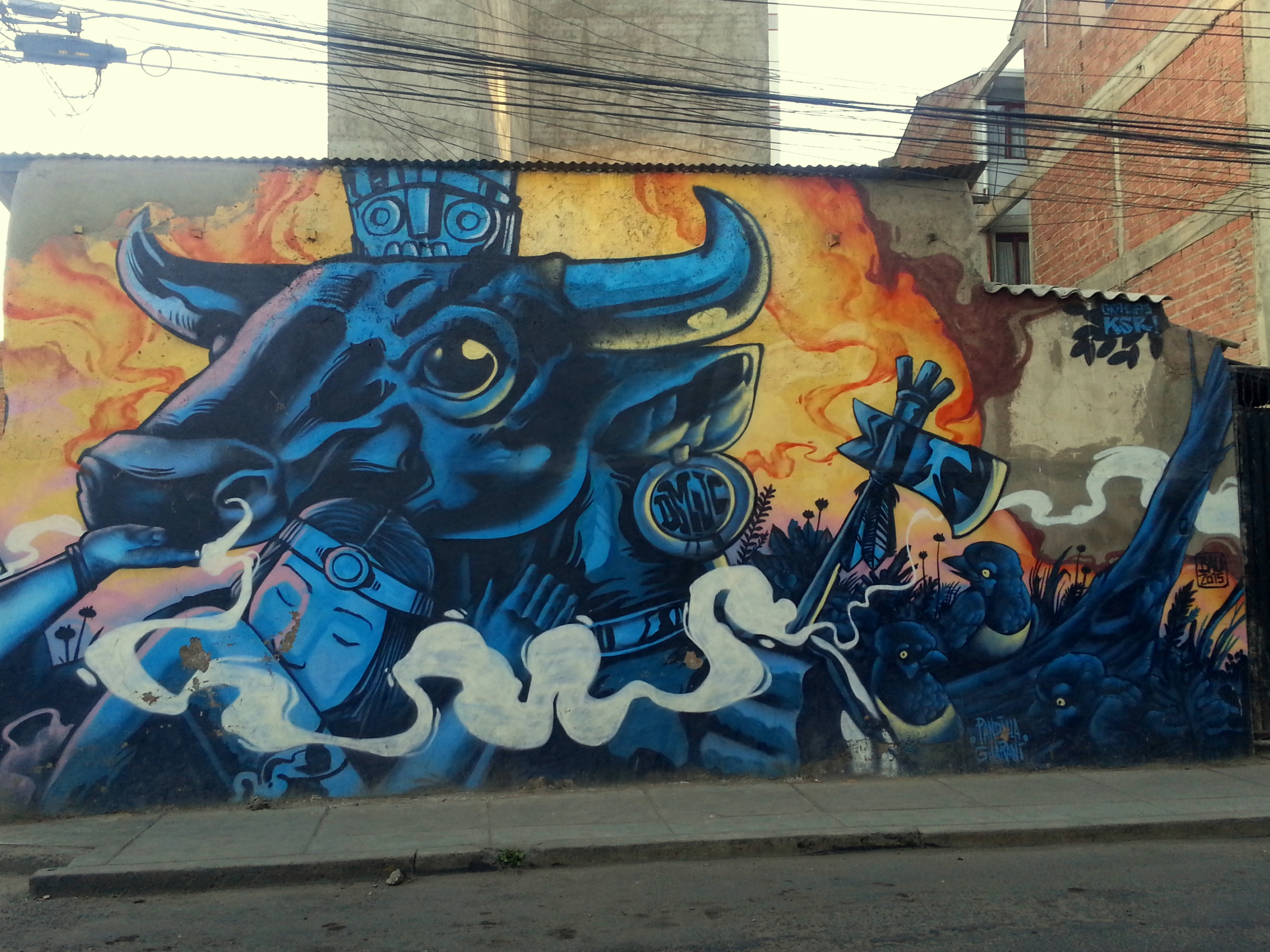 We try our best to attribute the artworks to their creators. If you see something on ArtRing that’s misattributed or you would like to remove, please contact us.

© All Content on this blog is our copyright and all rights are reserved, unless otherwise noted.